To share your memory on the wall of Dorothy Hearn, sign in using one of the following options:

A receipt has been emailed to the address provided. A receipt may also be printed.

Born in Worcester, raised and educated in Auburn, Dorothy was one of six children born to the late James J. a... Read More
Dorothy A. Hearn, 97, lifelong Auburn resident, passed away peacefully on Friday, April 9, 2021 at Life Care Center of Auburn.

Born in Worcester, raised and educated in Auburn, Dorothy was one of six children born to the late James J. and Mary H. (Sexton) Hearn. She was a graduate of Auburn High School, Class of 1942. Later in life, she went on to work as the Bookkeeper for the Chancery Office of the Diocese of Worcester, where she dedicated over 15 years until her retirement in 1989.

A woman of deep faith, Dorothy was a longtime communicant of St. Joseph’s Church, Auburn.

In her free time, she enjoyed taking her daily walks and spending time with her nieces and nephews. Dorothy was known for her good sense of humor, which she kept until the very end.

In lieu of flowers, memorial donations may be made to any charity of the one’s choice.

Relatives and friends are invited to visit with the Hearn family between 10:00 and 11:00 AM on Wednesday, April 14, 2021 at the BRITTON-WALLACE FUNERAL HOME, 91 Central Street, Auburn, MA, followed by her funeral Mass, which will be celebrated at 11:30 AM at St. Joseph’s Church, 189 Oxford Street North, Auburn. Burial will be with her parents at St. John’s Cemetery, Worcester.
Read Less

Receive notifications about information and event scheduling for Dorothy

Consider providing a gift of comfort for the family of Dorothy Hearn by sending flowers.

We encourage you to share your most beloved memories of Dorothy here, so that the family and other loved ones can always see it. You can upload cherished photographs, or share your favorite stories, and can even comment on those shared by others.

Posted Apr 13, 2021 at 03:57pm
Dot was a sweet wonderful woman with a great sense of humor. She will be missed. My deepest sympathies!!
Comment Share
Share via:
YJ

Posted Apr 12, 2021 at 06:35pm
Dot, I will always remember you as a strong, healthy, vibrant and lively person. You made the people around you feel loved. And we all loved you. 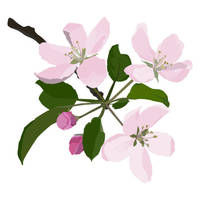