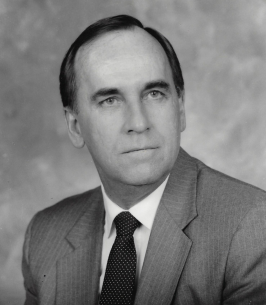 Thomas James “Tom” Fullen, 86, of Auburn, passed away on Tuesday, August 23, 2022 at Beth Israel Deaconess Medical Center. He was predeceased by his beloved wife of 37 years, Jacqueline A. “Jackie” (LaPrade) Fullen, who passed in 2014.

He leaves his loving children, Thomas B. Fullen and his wife Sarah, of Leominster, Margaret M. Smith, of California, Maureen F. McGrath and her husband Thomas, of Charlton, Cynthia M. Desmaris and her husband Michael, of Connecticut; Diane G. Fullen, of Worcester, Michael J. Fullen and his wife, Therese, of N. Oxford, and John D. Fullen of Millbury; his brothers, Daniel Fullen, of Worcester, and David Fullen, of South Carolina; many grandchildren, great-grandchildren, and nieces and nephews. Along with his wife, Tom was also predeceased by his brother, the late Francis Fullen; his sisters, the late Bernadine Dale, Mary Simmons, Patricia Couture, and Elizabeth Benoit; and their parents, the late Thomas B. Fullen and Frances (Emco) Fullen.

Tom was born in Worcester, and was a graduate of Worcester Boys Trade High School. He attended and graduated from Clark University, with a Bachelor’s degree in Business. He had an extensive career at Servomation Corp. in Auburn for over 20 years where he was Vice President and retired at age 63 from Coldwell Banker Real Estate as a Broker and Agent after 20 plus years.

In his free time, Tom enjoyed fishing, specifically deep-sea fishing, photography, computer science, and hiking with his kids in his younger years. He was known for being an avid reader, and for being a loving caregiver to his wife during her illness.

The family would like to thank Tom’s beloved caregiver of many years Melissa Trotta, and more recently Sophie Parente and her incredible staff at the Willows of Worcester Health Center. Their efforts and care made these last year’s much easier on all.

In lieu of flowers, memorial donations may be made to Father Flanagan’s Boys home www.boystown.org.

Relatives and friends are invited to visit with the Fullen family from 10 – 11 AM on Friday, August 26, 2022 at the BRITTON-WALLACE FUNERAL HOME, 91 Central St., Auburn, with a prayer service to follow at 11. Burial will be held in Notre Dame Cemetery, Worcester.