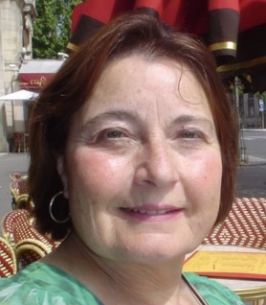 Susan J. (Bylund) Weagle, 76, of Auburn, passed away unexpectedly on September 8 at the University of Massachusetts Hospital, surrounded by family.

The daughter of Arne and Evelyn (Campbell) Bylund, Sue was born in Worcester and lived briefly in the city before moving to Auburn. She attended the Auburn Public Schools and was a proud graduate of the “baby boomer” Auburn High School Class of 1964. After high school she trained as a Dental Assistant at the Fanning School. She later went on to attend COPACE at Clark University, earning a Bachelor of Arts in Historical Preservation. She worked for many years selling long-term care insurance.

After living in Washington DC and Miami while her husband completed his dental degree and military service, Sue and Dick settled in Auburn in the home where she would reside until her passing. The door to her home was always open and it became a frequent gathering place for friends and family. Sue’s warm and engaging personality and ability to connect on a personal level with friends and strangers alike served her well, as she was always quick to strike up a conversation with everyone she met. She was an active participant in local government, serving as a long-time Town Meeting Member and member of the Town Bylaw Committee. She headed the Town Hall Preservation Committee and worked as chairperson of the Historical Commission to preserve the 1935 Auburn High building. She was an active lifetime member of the Auburn Democratic Town Committee and mounted two campaigns as the democratic candidate for State Representative for the Seventh Worcester District. When her children were young, Sue was an enthusiastic supporter of their activities, leading their Girl Scout troops and attending their many music, theater and sports events. In her later years she enjoyed spending time with her grandchildren and sipping her coffee while keeping an eye out the kitchen window on the neighborhood happenings. Susan lived with a diagnosis of Stage Four metastatic breast cancer for over 20 years and was always on the cutting edge in receiving the latest treatments to keep the cancer at bay.

Susan was predeceased by her husband, Richard Weagle, in 2017. She leaves two daughters, Michelle and Valerie and her husband Daniel Noyes, two sisters, Lynda Wik and Ruth Doyle, her longtime friend Lesley Davis, nieces, nephews, and the lights of her life, her granddaughters Zoey and Elenora.

In lieu of flowers, memorial donations in her memory can be made to either The AHS Green Dome Preservation Committee c/o The Auburn Historical Society, 41 South Street, Auburn, MA 01501 or Sweetpea F.O.R. Animals, 1090 Pleasant Street (Route 122), Paxton, MA 01612.