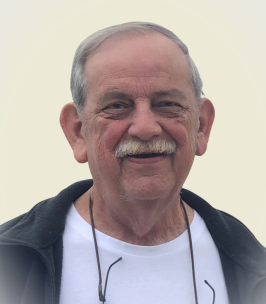 Edward was born in Worcester, and raised in Auburn. He was a graduate of Worcester Boys Trade High School, specializing in Mechanics. He enlisted in U.S. Air Force, where he spent the next twenty years in Communications as a Computer Systems Operator. Edward retired after his dedicated service and enjoyed being stationed in several U.S. States, like Texas, California, and Nebraska, as well as several countries, including Italy, Australia, and England. After retiring from the military, he began his career at the United States Postal Service, retiring after 22 years.

Edward loved travelling, especially the many road trips to California. He also loved bowling, playing cards (Canasta and Poker were his favorites), but his family was everything to him. He will be missed by so many.

In lieu of flowers, memorial donations may be made to Veteran’s Inc, 69 Grove Street, Worcester, MA 01605 (https://www.veteransinc.org/).

Relatives and friends are invited to visit with the Elie family from 10 – 11 AM on Friday, September 23, 2022 at the BRITTON-WALLACE FUNERAL HOME, 91 Central St., Auburn, with a prayer service at 11 at the funeral home. Burial will be held privately for his family.